The cliché of a continent steeped in poverty and stagnation, from which only migration to Europe offers the possibility of a better life, stands in contrast to our week spent in Kenya and Rwanda. What we saw, were two countries on the rise. Nairobi has, like Cape Town and Lagos, a vibrant – although insufficiently financed – start-up scene: the so-called “Silicon Savannah”. From this new sector emerged MPESA, an app-based financial service through which even Kenyans living in rural societies can send and receive money digitally. Rwanda sees opportunities in digitalization as well. Although Volkswagen’s recent investment in a Kigali-based CKD production center is more modest than what the international media has reported, its new ride sharing model, through which Volkswagen sees new opportunities to improve and expand its mobility services, is ground breaking. A young Rwandan developer – after teaching himself programming skills through online tutorials – designed the app on which Volkswagen’s new venture is based. For developing nations such as Kenya and Rwanda, digitalization presents enormous opportunities.

With an average per capita income of $1,700 per year, Kenya has become a middle-income country. With its developed democracy, the Republic of Kenya serves as a stabilizing anchor within East Africa. Few Kenyans have migrated to Europe as refugees. In fact, the opposite is true: the country accommodates 400,000 displaced persons from across the region. 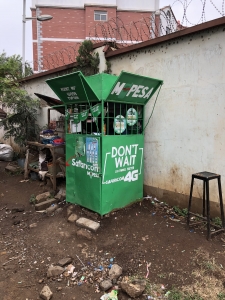 While Rwanda’s annual per capita income is $700 lower than that of Kenya, it boasts both a higher rate of economic growth and a clear development strategy. Rwanda’s role model is Singapore: an authoritarian government that sets and achieves clear economic goals. Paul Kagame has been an influential member of Rwandan politics since 1994, and has been the country’s president since 2000. Additionally, after a recent constitutional amendment, Kagame could stay in office until 2034. We do not expect any surprises in the upcoming Rwandan elections. That a politician in office for such a long period would feel the need to improve himself or herself without pressure from either an opposition party or a free press would be something new. It is fitting, then, that through the Rwanda Development Board Paul Kagame, a vocal fan of Arsenal FC, spent $30 million securing a sponsorship on the Arsenal uniform’s sleeve: a tourist advertisement reading “Visit Rwanda.” All this while a third of Rwanda’s budget continues to rely on foreign donations (with Germany as fourth highest donor).

A visit to the Genocide Museum in Rwanda’s capital city of Kigala, where the graves of 800,000 Tutsis murdered during the 100-day-long Rwandan Genocide are memorialized, leaves one speechless. The museum not only honors the victims of 1994, but also recalls the failures of the international community, whose peacekeepers failed to strengthen the UN AMIR during the outbreak of violence and ordered the organization not to intervene. Although the traumas of 1994 must still be ever-present in their society, Rwandans rarely mention them beyond the walls of the Genocide Museum.

Like many other nations in Africa, Kenya and Rwanda choose for themselves with which donor countries they wish to collaborate. In both countries, Germany plays an ongoing role in so-called “soft topics” such as the advancement of democracy, job training, and the promotion of environmental sustainability. On the other hand, China oversees infrastructure projects such as the building of roads, railways, ports, and the development of energy industries within the context of the Belt and Road Initiative. The added value provided to both Kenya and Rwanda through these initiatives is clear, but the larger the foreign investment, the more pressure they face in supplying foreign countries with raw materials and access to domestic markets. Chinese engagement in both countries has had such an effect.

Germany cooperates with Kenya and Rwanda on development projects without displaying the clear pursuit of any strategic goals. However, most exchanges with our Kenyan and Rwandan partners give a clear picture of their goals: they are not interested in our advice for developing a better democracy, but in our financial investment. Answering this appeal with an effective contribution would help lay the conditions for unlocking the enormous potential in Africa, combating the causes of migration effectively, and establishing industrial policies that suit the specific needs of both nations. 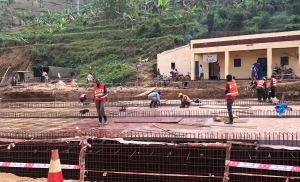 Transportation is often a clear indicator of economic development. While we are are all quite familiar with traffic jams and the occasional chaotic morning commute, Nairobi’s traffic is on a different level. In Kenya’s capital, it often takes one and a half hours to travel 8 kilometers. For public transport, one can take the often-crazily painted buses. These are often stuck in traffic jams, that is, when they are not driving straight over the sidewalk or taking shortcuts through gas stations. Conversely, Rwanda’s handling of traffic reveals, admittedly in a minor way, the country’s ambition to become the Singapore of Africa: all moped drivers wear helmets, traffic rules are respected, and (to the amazement of our Berlin visitors) street cleanliness is ubiquitous throughout Kigali. What the Swabians call their “Kehrwoche”, Rwandans call “Umuganda”, a monthly community service in which citizens sweep public streets. 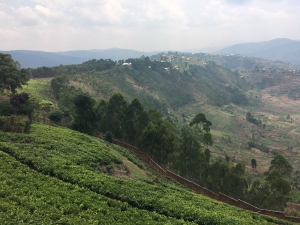 The Land of 1,000 Hills is a country of fabulous beauty. It enchanted even us well-traveled delegates, especially during our trip to the tea plantations situated in Rwanda’s terraced highlands. However, we anticipated an increased risk of malaria on our little tour through the countryside, and so virtually baptized ourselves in mosquito spray (its strong odors we dubbed ‘Eau de Kigali’) and prayed for its protection. What an error! When we arrived at Sowarthe Tea Factory, we learned that the chances of contracting malaria at 2200 meters above sea level were virtually zero. “So where are the actual danger zones for contracting malaria?” Answer: “Kigali, since it lies deep within a valley.” Later, during a presentation by the Rwanda Business Agency, we recalled a case of a sharp drop in direct foreign investment in 2014, spurred by the widely publicized Ebola epidemic in our media. Another error: Since 1976, 11,000 Africans have died from Ebola, while malaria is responsible for 500,000 deaths per year. Despite this shocking difference, the European press rarely focuses attention on the latter disease, while outbreaks of Ebola make headline news.

The list of surprises we uncovered on our trip could easily have been extended further. The only way to complete the list is once again: “Wir fahren hin.”