From October 20 to November 15, Global Bridges travelled to China and Hong Kong for the fifteenth time. According to the topic of this year’s Study Trip „From the Ancient Silk Road to Today’s Belt and Road Initiative“, we followed the political and economic developments and challenges China is facing today.

Our journey started in Peking with meetings with Eric Chen, President and CEO of Airbus China, the National People’s Congress, the Chinese People’s Institute of Foreign Affairs (CPIFA), the Chinese Institute of International Studies (CIIS) and a lunch at the invitation of German Ambassador Dr. Clemens von Goetze together with Jens Hildebrandt, Delegate and Chief Representative of the Delegation of German Industry & Commerce. It was the common opinion among all interlocutors that the West has a distorted perception of China and that the country is not as homogenous as often presented in Western media. There is a steep gradient between the fast-growing south and the crisis-prone north-east. Western worries that China is influencing EU policy and that the Belt & Road Initiative is even a geopolitically driven project is the result of one-sided and incorrect reporting by Western media. Against this background, Zhang Zhijun, Vice Chairman of the National People’s Congress, emphasized the importance of the work of Global Bridges: “We need organizations like yours to build bridges! 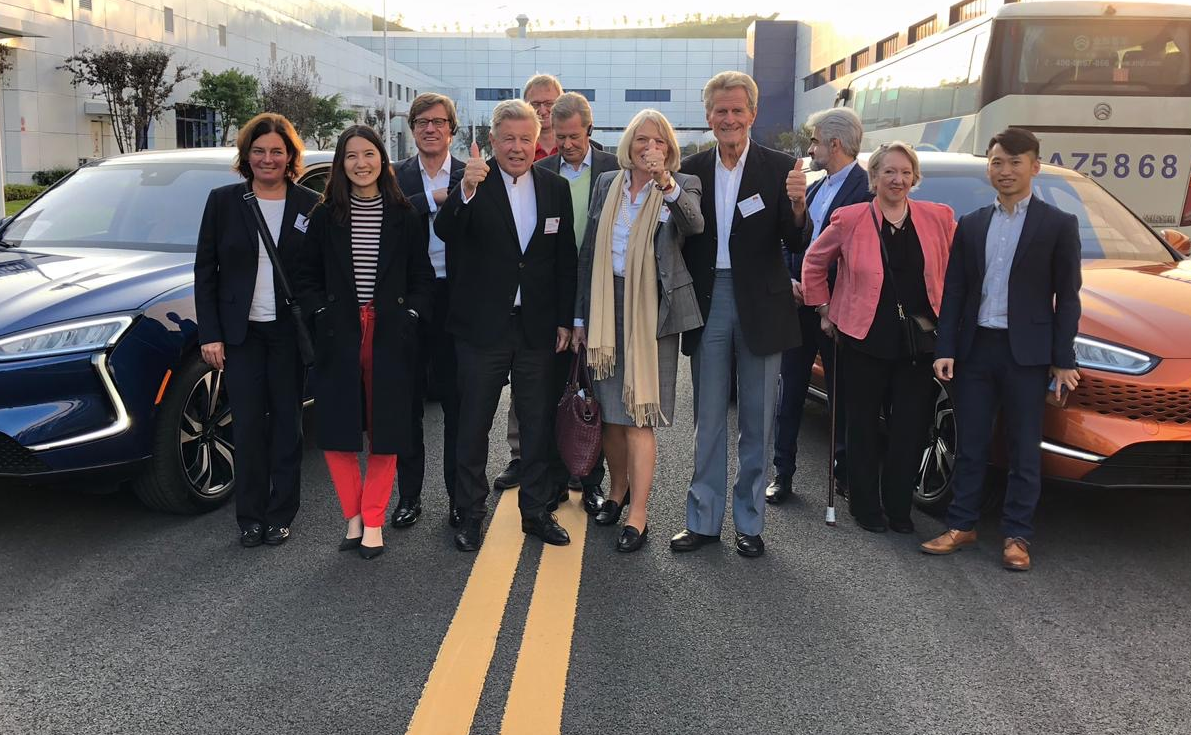 The protests in Hong Kong, in particular the meeting between the German Foreign Minister and Hong Kong activist Joshua Wong was also a topic of discussion in our meetings. At the same time, the importance of the relationship between Germany and China and the deep friendship between the two countries was repeatedly emphasized. Airbus has a market share of over 50 percent in China, Siemens’ company history in China stretches 140 years into the past, and Byton is reviving European competition in electric cars from 2021. In addition, the deep global roots of the Chinese economy can be illustrated by the example of the iPhone, 80 percent of which is produced in China. The Belt & Road Initiative, on the other hand, is increasingly seen as a disappointment (“One Belt-One Trap”) by representatives of all groups involved.

In addition to visiting the major Chinese cities, Global Bridges is also known for visiting the more remote provinces of China and thus broadening the perspective on the country. This year the delegation visited Dunhuang, Gansu Province. Dunhuang is located in the north-west of the country, on the ancient Silk Road and represents a part of “ancient China”. 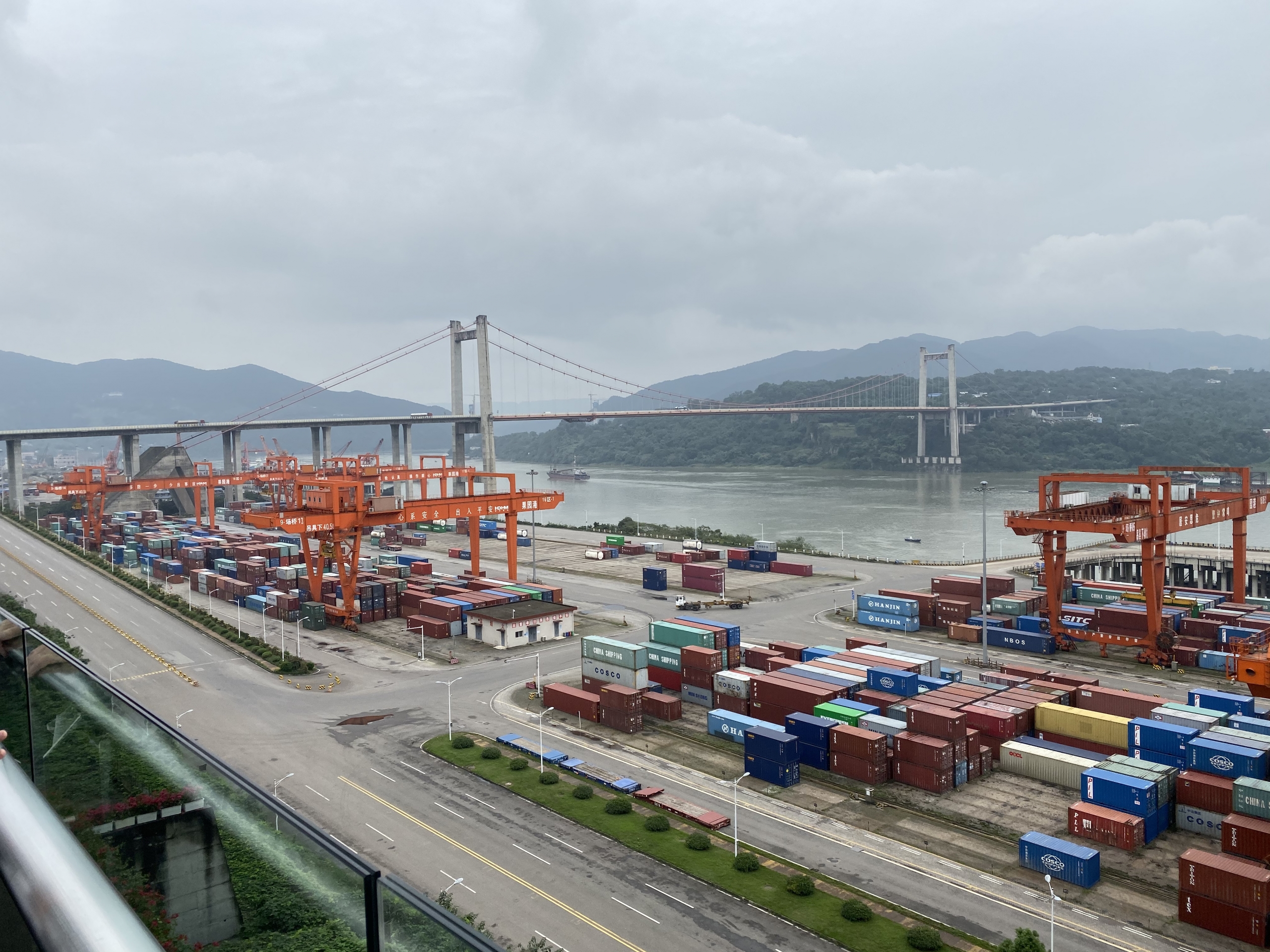 The next stop was Chongqing, capital of Chengdu Province. The city is the starting point for rail freight transport, which runs via the Belt & Road Initiative to Duisburg in the Ruhr area. On its first day in Chongqing, the delegation had the opportunity to gain deep insights into Trans-Eurasian trade in the spirit of trade. In addition to the Tuanjiecun train station, we also visited Guoyuan port, the largest inland port in Asia and thus again the counterpart to Duisburg with the largest inland port worldwide. After the completion of the test runs in 2012, a weekly freight train connection was established between Duisburg and Chongqing. We learned from the Port and Logistics Authority that more than 35 trains now cover the route each week and that the number of containers transported is showing a clear upward trend. In addition, representatives of the Office for Trade and Industry explained that freight transport by rail would not only cause fewer emissions but could also be transported directly to its destination.

Guilin, in the Gangxi Province, welcomed us with best weather and allowed us to discover China’s south. During a boat trip on the Li River as well as a bike tour through Guilin and along the Yulong River the delegation was able to enjoy the sight of the beautiful nature with its unique mountain landscape. A visit to the Reed Flute Cave, nicknamed the Palace of Natural Arts, rounded off this year’s Study Trip to China. 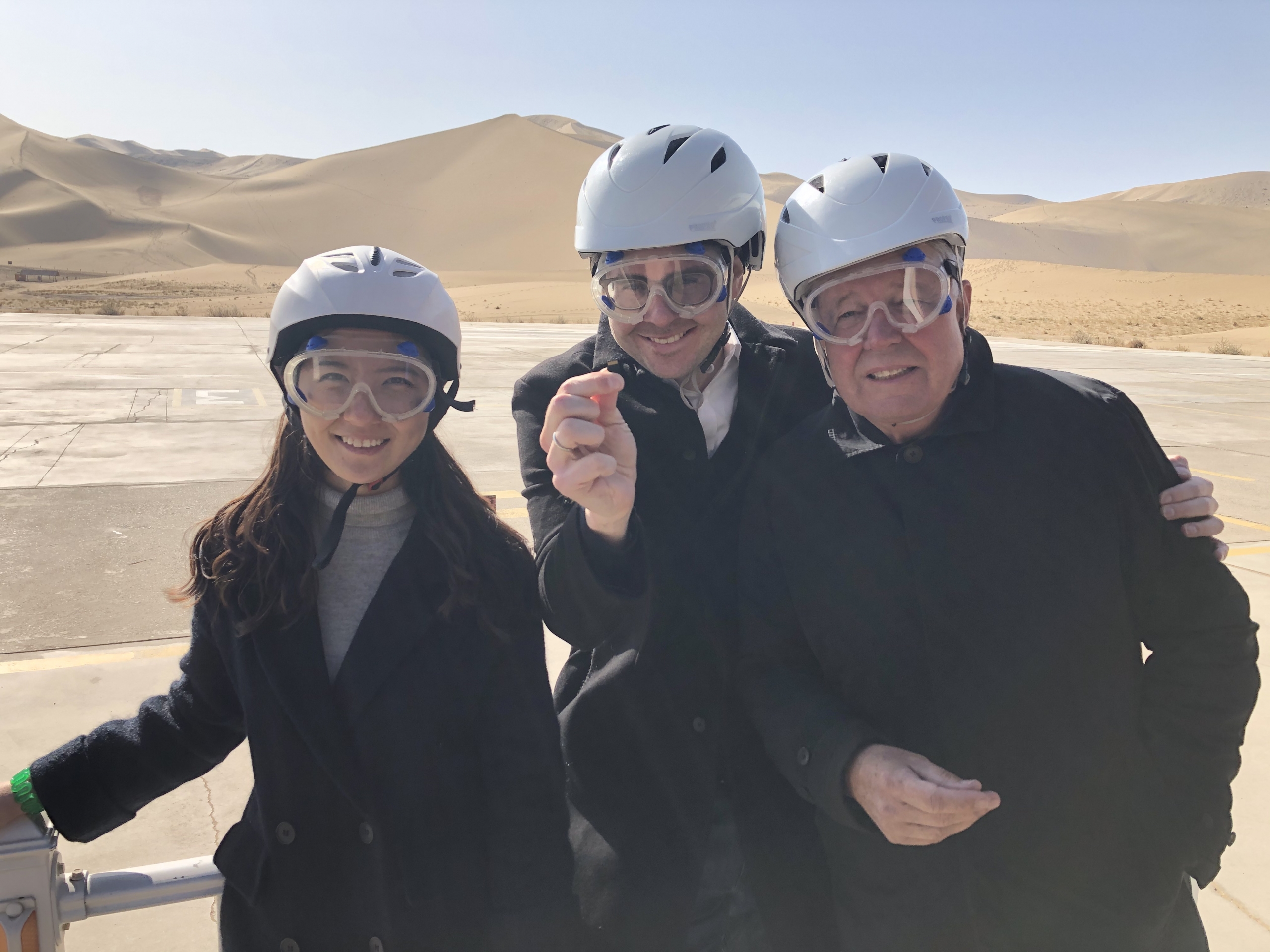 Our trip ended as usual in Hong Kong. The visit to the protest shaken city will definitely be remembered by everyone who has been to Hong Kong before. The city showed itself from a completely different side. It was marked by empty streets, abandoned shopping centers, few tourists and general insecurity. Nevertheless – or precisely because of this – the delegation agreed that the annual visit to Hong Kong was important. At a meeting with the German Consul General, Dieter Lamlé, and the Managing Director of AHK Hong Kong, Wolfgang Niedermark, the delegation learned more about the effects of the government crisis. The insights of Yim Lok, CEO of Deutsche Bank Hong Kong, as well as the deputies Felix Chung (Liberal Party – Pro Peking) and Dennis Kwok (Civic Party – Democratic Opposition) were also vivid and extremely helpful to understand the current situation.