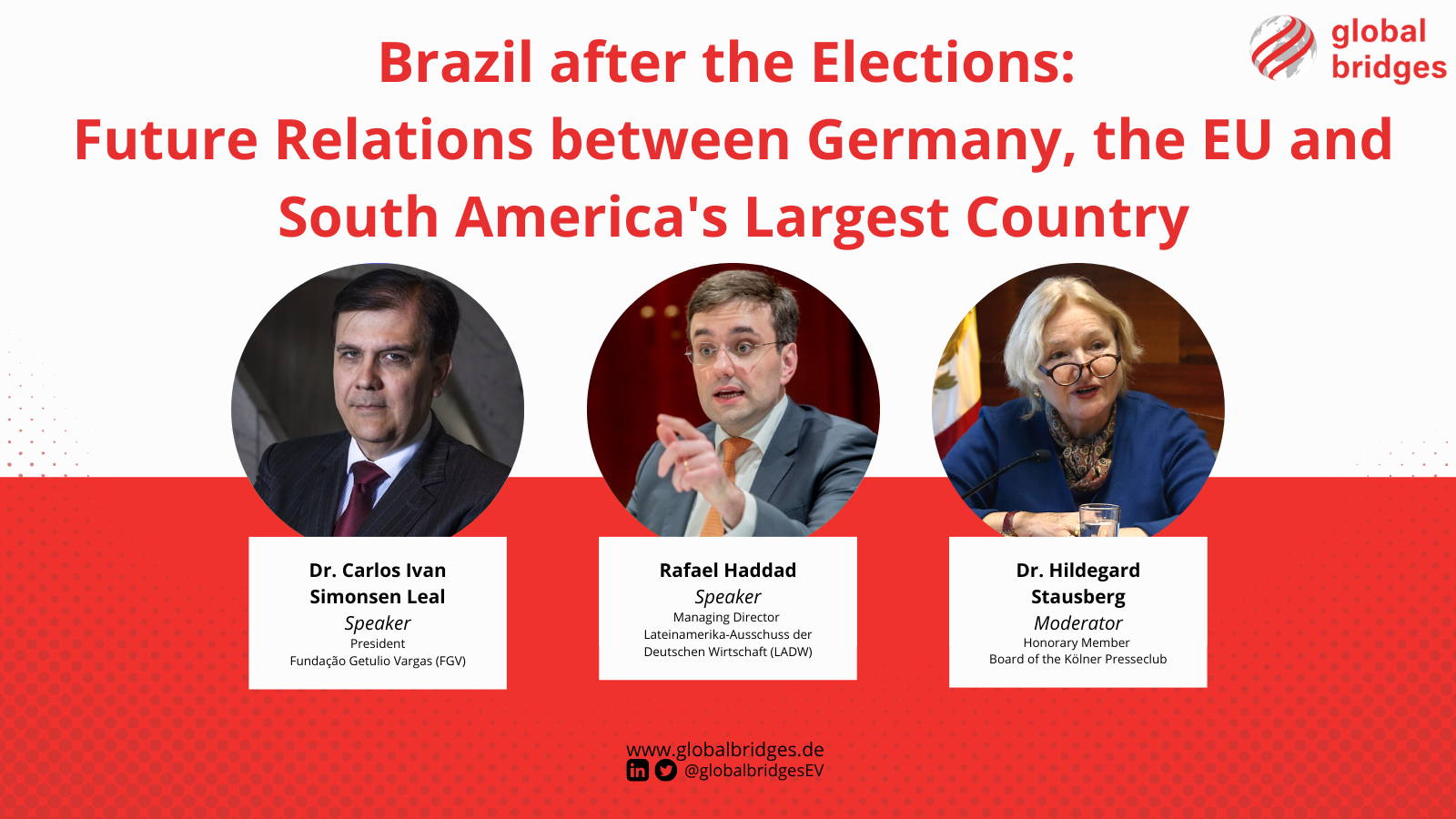 On Sunday, Brazilian political titans and bitter rivals Jair Bolsonaro and Luiz Inácio Lula da Silva face off in a second and final round of elections for president. General elections in the beginning of the month already filled important posts in the country’s National Congress and all federal legislative assemblies. Analysts, even those based in distant Germany, say it’s the most consequential election in Brazil since the country threw off the military dictatorship 37 years ago: The election also has global significance as it will crucially determine the fate of the Amazon, the world’s largest rainforest, which is vital in our planet’s ecosystem. Coupled with the tense situation on the food and energy markets resulting from the war in Ukraine, Brazil’s sheer size (being as large as continental Europe), its enormous natural resources and strong agricultural sector makes it an exciting trading partner for the future.Subsequent to the election, the president of Brazil’s largest and Latin America’s most influential think tank, the Fundação Getulio Vargas (FGV), Dr. Carlos Ivan Simonsen Leal, will travel Germany to talk to government representatives, business associations and other decision-makers before opening a representative office here in Berlin.

Dr. Leal and other Brazil experts graciously agreed to discuss with us:

Participation is possible via an internet browser and does not require prior Zoom installation. However, there are a few things you should be aware of:

Video Symposium “20. Nationalkongress in China: Quo Vadis?” on November...Video Conference “Brazil after the Elections: Future Relations between...
Scroll to top