Compared to China, whose population will remain at 1.4 billion by 2050, the population of Africa will grow from the current 1.3 billion to 2.3 billion. The challenges involved are enormous, but so are the opportunities for the “Continent of the Century”. Time for Global Bridges to get their own impressions of Africa in Ethiopia (Addis Ababa) and Ghana (Accra).

It became apparent that rapid industrialization processes are urgently needed for both countries, on the one hand to create jobs for the young and growing population, and on the other hand to keep added value in the country by further processing the produced raw materials (“Processing Industries” instead of the exporting of “Cash crops “). 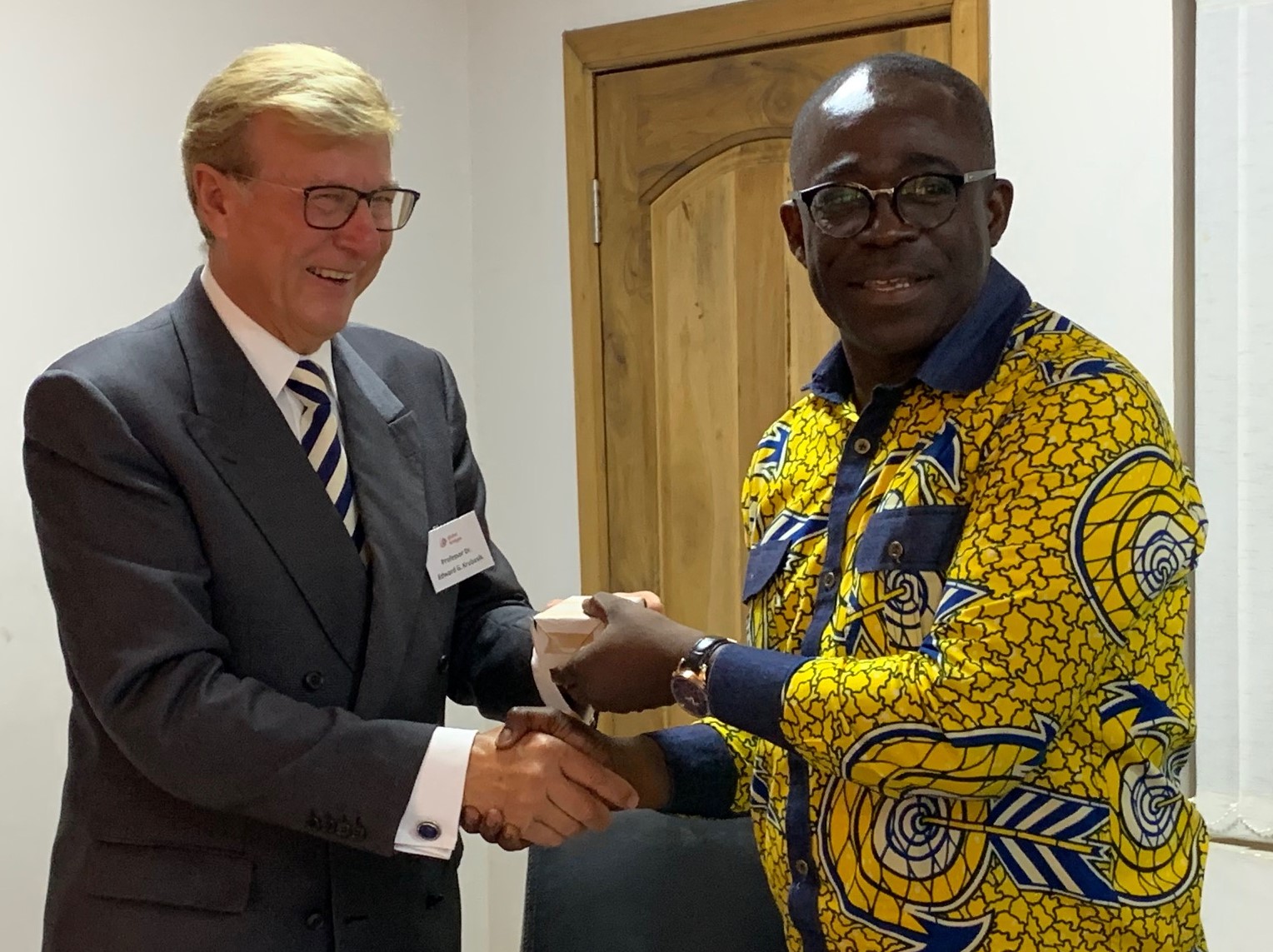 Both topics were central at all ministries visited by the Global Bridges delegation during the study trip. According to the ministries, long-term goals like economic independence (“Ghana beyond Aid”) were only achievable through massive industrialization and the associated increase in productivity. The requirements for this – a good basic infrastructure – are currently realized through countless Chinese investments. For example, in both Ethiopia and Ghana, China is building ports (Tema Port), railways (Addis Ababa – Djibouti, for $ 3.7 billion, 70 percent of which are financed by China), highways and industrial parks.

The construction of this infrastructure is – with all financial and political risks – a great opportunity for the economic development in Africa. It seems like 20 years of Chinese investments have achieved more than 50 years of Western development-cooperation.

Ethiopia, with its approximately 108 million people and 80 ethnic groups, is a post-socialist country, whose young prime minister (PM) Abiy Ahmed opened the country democratically in 2018. Amongst other things, he has released all political prisoners. PM Abiy Ahmed is currently struggling not only with a collapsing economy, but even more with significant ethnic tensions in the country, which pose the risk of social division and civil wars.

However, not only the ethnic tensions, but in particular the lack of foreign currency in the country does 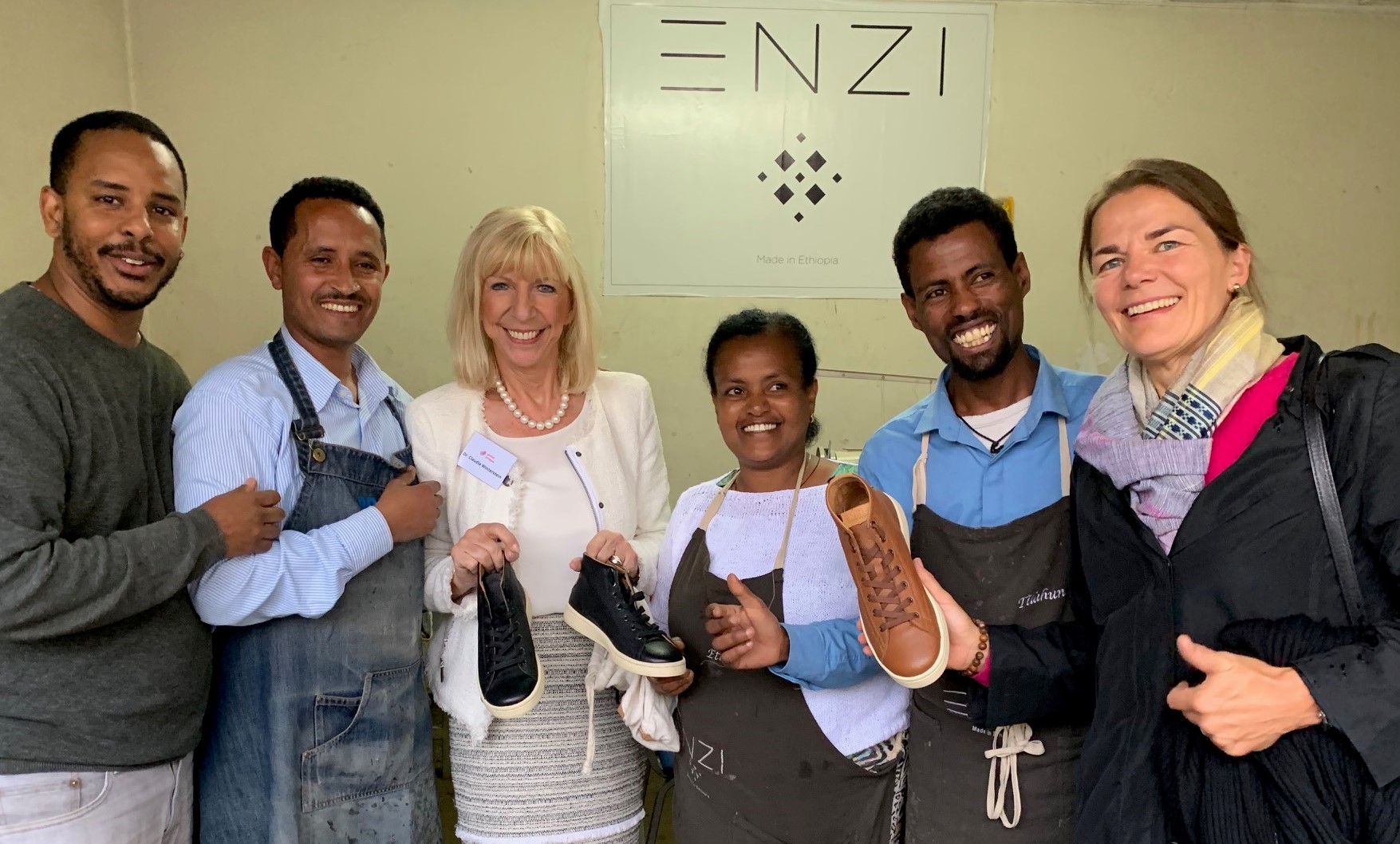 hamper the economic development, which is manifested by a high number of building shells in the streets of Addis Ababa. In order to finish these buildings foreign currency allocation for imports for interior work is needed. Yet, the precarious situation concerning the electricity supply will improve when the “Grand Ethiopian Renaissance Dam”, which is currently under construction, is connected to the grid in the near future. In consequence, the Ethiopian electricity supply increases by around 160 percent.

The visit to the headquarters of Ethiopian Airlines, the largest and fastest-growing airline in Africa, which is considered a corporate icon of Ethiopia, appeared like something from another world. Our delegation experienced a strategically thinking and acting company that is competing against the best in the world for decades. Our delegation was also deeply impressed with the work of ENZI Foodwear, an Ethiopian shoe company, namely by its use of high-quality leather and sustainable work practices.

Ghana is considered as good example in terms of politics and business development in Africa. The roughly 30 million inhabitants have been living in a politically stable situation for around 20 years, enjoying all political freedom and benefiting from years of high economic growth, currently at 10 percent per year. 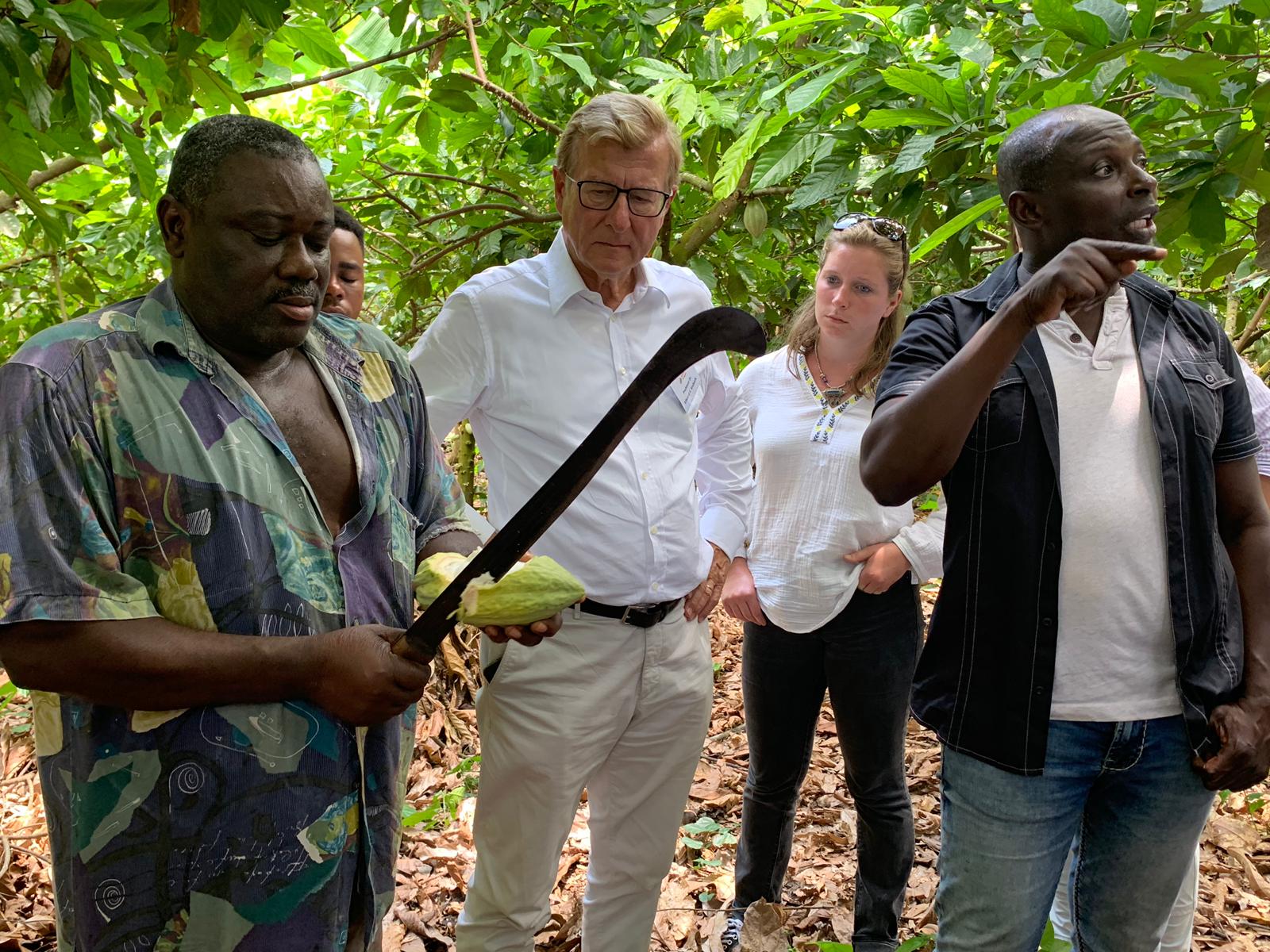 Economic growth in Ghana is driven by exports of raw materials (export volume of around $ 17 billion, which is 8 times higher than in Ethiopia), but again, the government’s strategic goal is to retain added value inside the country by refining its own resources independently. For this purpose, the Ministry of Trade and Industry is implementing the “One District One Factory” strategy, which pursues the double-aim of letting as many people as possible participate in and benefit from the industrialization, as well as preventing rural depopulation. Finally, every visit at a ministry showed that there is a highly educated local elite and high investment incentives for foreign investors.

Despite difficult macroeconomic conditions, both Ghana and Ethiopia are raising a high-flying generation of entrepreneurs and civil society actors. Our delegation was able to assure itself of this at many meetings with start-ups, politicians, journalists, agricultural entrepreneurs and company owners.

It is this commitment and entrepreneurship in combination with the ambitious infrastructure projects that form the foundation for positive socio-economic development on the African continent. The study trip to Ethiopia and Ghana has sharpened the understanding for development cooperation within the Delegation. It is not enough to fight only symptoms like poverty. Beyond that an integrated strategy of investment and fair-trade to secure wealth for nearly 2.3 billion people is needed. The prosperity of nations has always been achieved through economic action and never through beneficences.