Topic: “The Baltic Bridge: Latvia as a Key Player in a Modern Europe”

This year’s 2019 Global Bridges Conference / X Young Leaders Alumni Conference took place in Jūrmala and Riga, Latvia on the shores of the Baltic Sea with more than 40 amazing Young Leader Alumni, Global Bridges-members and friends. Centered on the topic, “The Baltic Bridge: Latvia as a Key Player in a Modern Europe”, this year’s conference dove into the unique role of Latvia within the Baltics and larger European context.

The weekend kicked off with a festive welcome dinner, where our eager delegates heard from Baiba Rubesa, Supervisory Board Member of Latvenergo AS, about the history and distinction of Latvia within the Baltic region. For Rubesa, it is important to understand Latvia as a part of the existing world order rather than as a disconnected link between emerging powers. “I would argue that Latvia is not a bridge to Europe,” explained Rubesa, “but a strategic ally of Europe in its time of crossroads. And crossroads are a thing that Latvians are familiar with.”

These Latvian crossroads were discussed at length in the working sessions held the next morning at the Nordic Council of Ministries. The important issues of Baltic security, the Latvian business sector and its position between world powers were introduced by various field experts. Dr. Toms Rostoks, Associate Professor of Political Science at the University of Latvia, gave the delegation insig 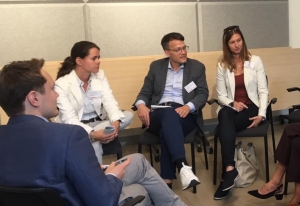 ht into NATO’s security involvement in Latvia and the situation for the nation’s Russian minority. Latvia’s developing business strategies, as well as the highs-and-lows its economy has experienced since independence, were touched upon by Andris Strazds, Adviser to the International Relations and Communication Department of the Bank of Latvia. For the state of political and international relations, our delegation learned from Zanda Kalniņa-Lukaševica, Parliamentary Secretary of the Ministry of Foreign Affairs of the Republic of Latvia, that the country fully embraces itself as a western nation and wants to move forward politically as such. Each topic area was explored in small groups by Global Bridges’ Young Leader Alumni, who used their varied experiences and national identities to add a rich contrast to the overall conversation.

The working day was followed by a city tour of Riga, where our delegation explored the city’s historical significance and modern elegance amid the lush greenery of Riga’s city center. The delegation learned from the local guide that “Art Nouveau” is king in Riga, where more than one third of the buildings are designed in this decorative style. This lends to itself to Riga’s nickname, the northern European capital of Art Nouveau.

The intense working day ended with an elegant dinner overlooking the port of Riga in an excellent atmosphere full of old friends and new memories. 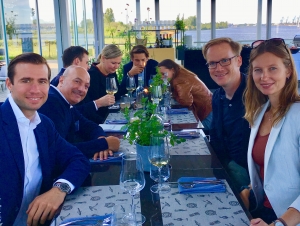 After a communal beach walk and buffet-style lunch on Jūrmala’s coastline on Saturday morning, the Young Leader Alumni took the trip to Bikernieki Forest Holocaust Memorial located in the suburbs of Riga. The Bikernieki Forest was the largest site of the victims of National Socialism in Latvia, where between 1941 and 1944, more than 35,000 people were assassinated, of which approximately 20,000 were Latvian, German, Austrian, and Czech Jews.

Following this somber reminder of the need for international understanding, the delegation explored Riga’s bustling central market, stocked with local treats and delicacies from around the region. With flowers, fruits, veggies and local wares, it was difficult to take it all in – however, many of the Young Leader Alumni found a common meeting point around the bread and pastry section, where many treats were happily shared.

After a weekend filled with informative talks and constructive discussions, the conference ended on a high note with a dinner at the private residence of Wladimir Dvoskin. Sharing his home and diverse family with ours, the Global Bridges Young Leader Alumni enjoyed an evening of fellowship with spectacular garden views and good company. The connections these Young Leader Alumni shared were deepened through a weekend of reunion, and will form the basis of friendships for years to come. 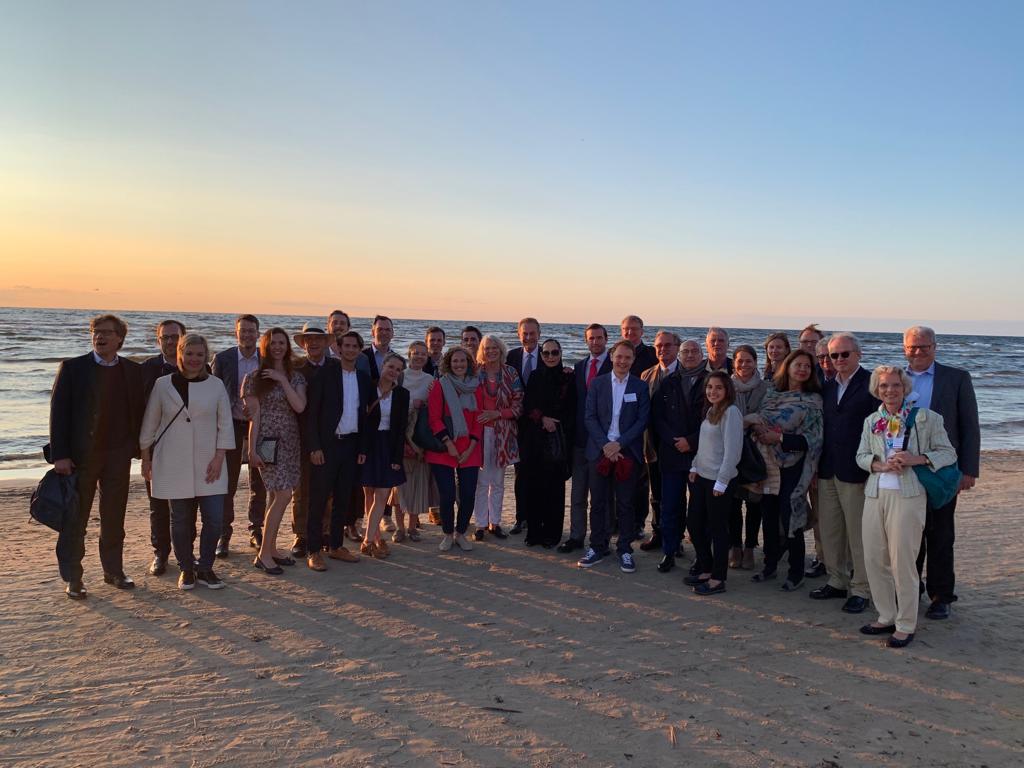