On Thursday, December 5, Global Bridges members, Young Leader Alumni and friends came together in Frankfurt to celebrate the traditional Thanksgiving Dinner at the invitation of U.S. Consul General Patricia Lacina in her festively decorated residence. The Thanksgiving Dinner in Frankfurt has become so popular that this year we reached the absolute capacity limit with 80 participants.

The hostess opened the evening with a brief insight into the current status of German-American relations. She emphasized that despite serious challenges, German and US end goals were still very closely aligned and that common interests have become even closer bound on a lot of levels. “The problem is that positive news does not sell in media”, Consul General Lacina said. “It is, therefore, our responsibility to talk about the things that are going well.” 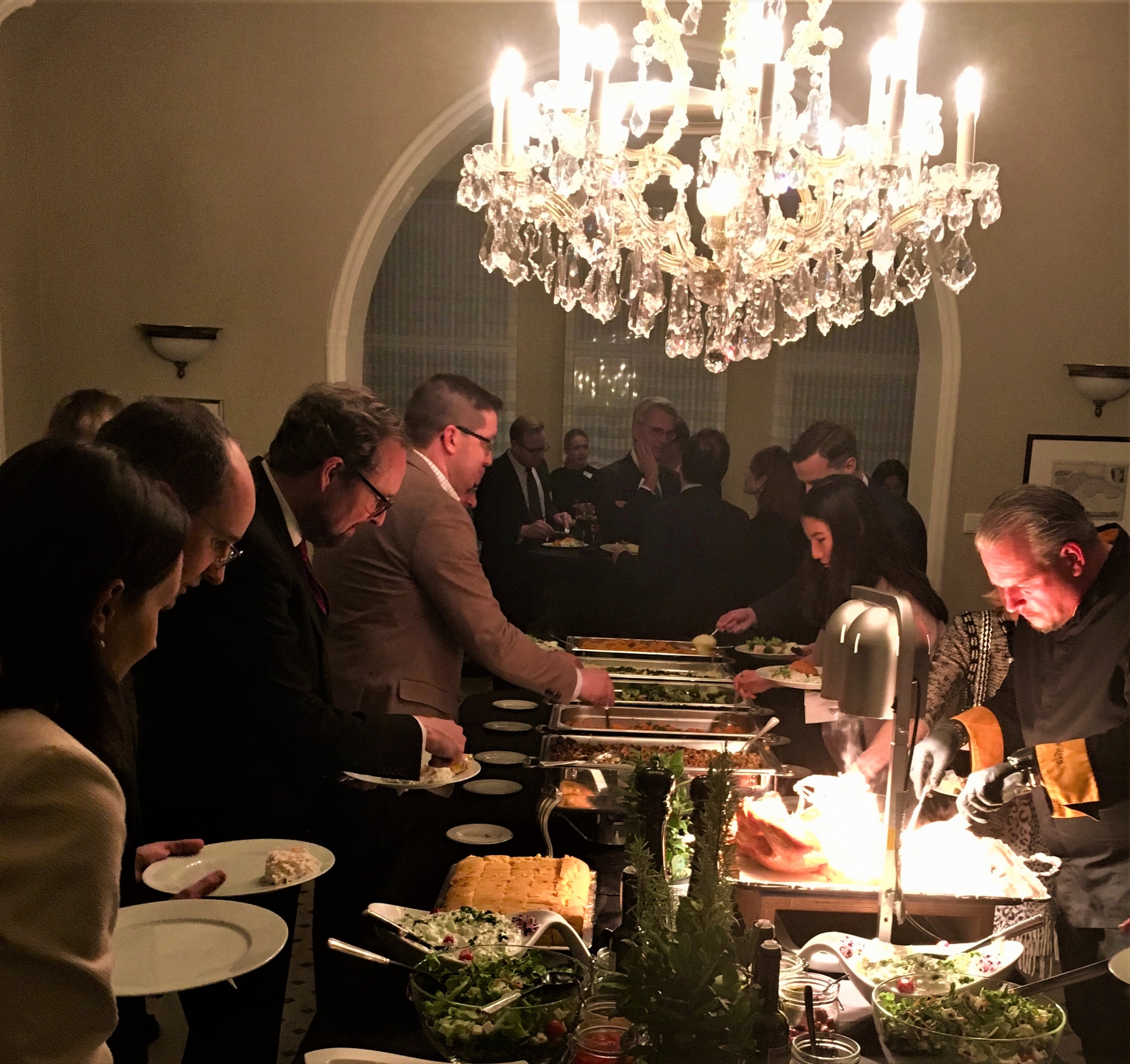 As always, the opening statement was followed by a lively discussion in which the participants had the opportunity to ask questions. Central topics were the relationship between the USA and China, China’s investments on the African continent, 5G and the influence of the Chinese company Huawei on the German market, as well as the Democratic pre-election campaign in the US.